in Celebrations, Our Family, Travel
by Christine
0 Comments
0
Share 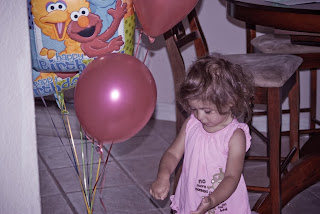 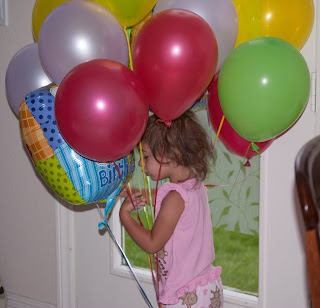 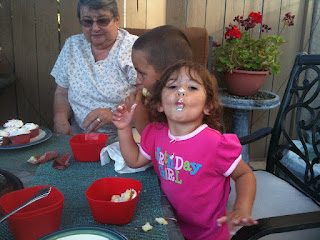 We are one month late on this post, but we have an excuse we were traveling. Ainsleigh and I left in mid June for California and Will joined us a few days later, just in time for father’s day and for Ainsleigh’s birthday. Last year we went to the Baltimore aquarium for her birthday and this year she got to spend it at the San Diego Zoo and then had a cookout with her favorite guy in the whole world, her godbrother Ryan. They had so much fun together while we were in San Diego, he took her to his school and showed her off to all his friends. Ryan is an only child so Ainsleigh really is like a sister to him, it was pretty darn cute. br /So the morning of her birthday she woke up to a surprise boquet of balloons two of which had a birthday message from Elmo and friends. br /Then we headed off to the zoo and took the bus ride around the entire zoo (my Nana was with us as well), she got to see so many animals and can name many of them. br /Then we walked down to the monkey area because who doesn’t want to see all the monkey’s at the zoo? By then we were all ready for naps so we headed back to my mom’s house. br /Ryan and his Grandma came over to have dinner with us and Scott (Ainsleigh’s godfather and Ryan’s dad) stopped by with his police car to say hello and wish the birthday girl a happy birthday. She was thrilled to see the lights on his car and wanted to drive it, hmm maybe in a few more years!

We had cupcakes, which Ainsleigh helped to make and then made smores. All in all it was a great second birthday!!