It’s a Toss Up: Adventures of the Not-So-Superhero Dad

So, last week, I did, indeed have Ainsleigh all to myself. It was indeed an experience that only a father can have, or at least me for that matter.

The night started out great. I high-tailed it home as I needed to be home by 5:30PM so that Christine to attend back-to-school night at the High School that she teaches at. I walked in the door huffing and puffing (you see, I ride my bike about 1-1.5 miles to the Metro everyday, so this way Christine doesn’t have to wake the baby when I get home late) and look at the clock. It was exactly 5:30PM. The night couldn’t start any better.

Things are good for about an hour. Ainsleigh is cooing and squeaking and just all smiles. The rest I will detail in a chronoligical order for a better bird’s eye view of the events that transpired. I got this idea from the McGinness Clan Blog so don’t think I am full of all sorts of unique ideas. I have found that all ideas are never entirely our own and are borrowed in some way, they just aren’t sourced properly. 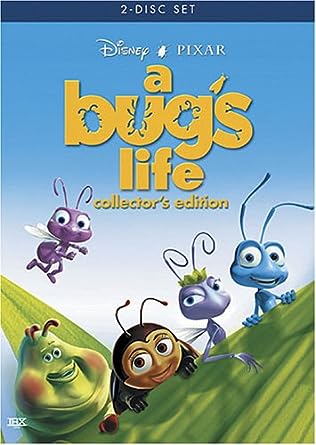 6:00PM – Pressed play to watch emA Bug’s Life/em for some color and stimulation for Ainsliegh (also, I have never seen it up to this point)

6:30PM – The cooing and smiling devolve into an irritaion and then crying

6:35PM – Dad stands up and starts rocking and warms bottle

6:37PM – Crying stops, dad attempts to sit down after retreiving bottle from the warmer

6:40PM – Dad gets up and puts on the emBaby Bjorn/em and puts Ainsleigh in to soothe her and rocks standing up in front of the TV with emA Bug’s Life/em still on.

7:00PM – Crying stops and dad attempts to sit again with no success

7:45PM – Baby finishes bottle after multiple attempts to spit the nipple out.

8:30PM – Ainsleigh is all smiles in the bath until dad washes her bottom and accidentally bathtime baptizes Ainsleigh with a one second dunk of the face.

8:31PM – Dad repeatedly says “sorry,” as if it would help to Ainsleigh and she begins to cry.

8:35PM – The bath time crying is now slowing and the bath is over

8:45PM – Dad is standing and rocking baby again and places Ainsleigh in her crib and turns on music

9:00PM – Ainsleigh is sleeping and dad proceeds to clean bottles in the sink in the kitchen

9:30PM – Dad finishes bottle and opens one of his own, a nice Cabernet.

9:45PM – Christine walks in the door and like a rescued prisoner, her husband’s eyes light up and thank the heavens that she has arrived.

The point of this story is that, for all that she does, I do not say it enough how much I appreciate all that Christine has done for both myself and Ainsleigh. She endured the worst pregnancy immaginable, gave birth and puts up with the occasional (about once to twice per week) hostilities from Ainsleigh. With school, I cannot help as much as I would like to and I would like to say it in front of all of our readers, I am thankful for her being there with Ainsleigh. She is the real Superhero here, not me.

Up to this point, I have only been with Ainsleigh for about an hour to two hours without Christine being around. As she picks up Ainsleigh before I am home, the opportunity for me to be alone and watching our daughter are few and far between.

Don’t get me wrong, Ainsleigh is an angel and it isn’t very often that we have to deal with her being upset, but when it happens it is difficult. But who ever said parenting would be easy? I will say this, after seeing her smile the next day as if nothing happened, my heart melted all over again for her. She is perfect in every way. Even when she has a “Terrible, Horrible, No Good, Very Bad Day.”

At least she didn’t wake up with gum in her hair. Can you guess which book I read her that night?

I call this post “A Toss Up” because she was good for a part of the evening, do you think the night was a toss up between good and bad?

Thanks for reading and your comments. They are really something to look forward to.