pFor a very long time Toby has been fighting us on going in his crate. Shortly after Ainsleigh was born he went on strike from coming into the bedroom at night all together and slept downstairs.

For the last three nights he is again refusing to go into his crate so Will and I have decided to see how it goes with letting him sleep on the floor. He tries a couple of times a night to get in bed with us but that is not allowed AT ALL! So here is what he did last night, he took his blanket out of his crate. 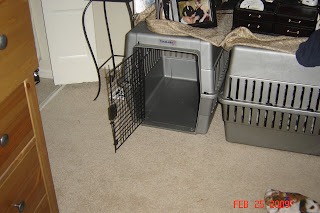 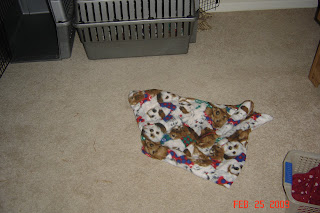